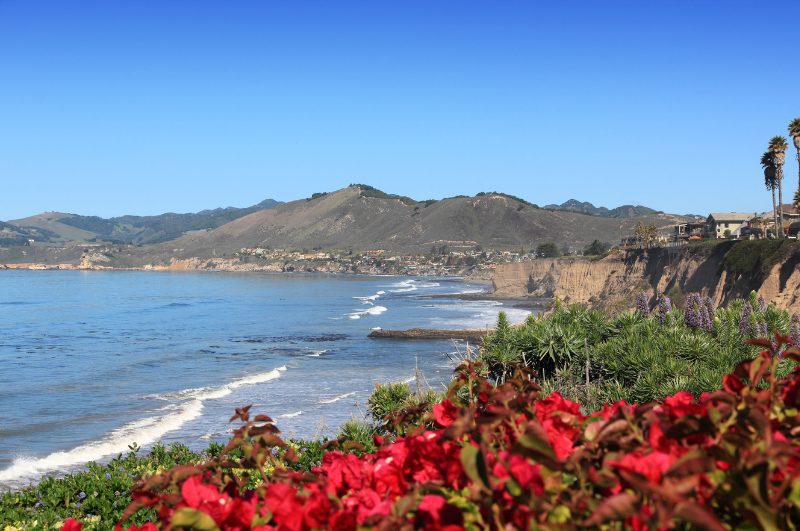 The city of San Luis Obispo is only 155 miles northwest of Los Angeles and offers lots of activities. From wine tasting to hillside hiking, you can have a full itinerary as you enjoy what the city has to offer. Aside from the surrounding activities, hotel prices are extremely affordable compared to it’s beach side sister cities. Between the booze, the remote location, and the affordability, San Luis Obispo is the perfect recipe for prostitution.

If you have been arrested for “prostitution”, it does not mean that you are guilty. It’s important to vigorously fight a “prostitution” charge because a criminal conviction will stay on your record and can adversely affect job and educational opportunities down the road.

As a former Prosecutor for the District Attorney’s Offices in Santa Barbara and San Diego Counties, Sanford Horowitz and his legal team will offer you a free consultation, investigate the evidence against you, and recommend practical steps to achieve the best possible results in your case.

California continues to crack the whip on prostitution, with high-profile arrests making the headlines regularly. The charge is broadly referred to as the act of having sex with another person in exchange for compensation of some kind. In San Luis Obispo, you can face criminal charges for soliciting or engaging in prostitution. You can be charged with a crime of prostitution under California Penal Code 647(b) PC if you:

The last element is often in dispute. Simply saying “yes” is not enough. Some other act is required. For example:

While each of these offenses are different, they all have the same outcome. The prosecutor handling your case will be required to establish that you participated in an agreement to exchange sexual acts for compensation.

For example, if a man is driving along late at night when he sees a woman walking alone on the road. The man passes by a few times and then pulls over in front of the woman. The woman asks the man what he wants. The man indicates that he is looking for sex and is willing to pay the woman for her time. The woman reveals herself be an undercover police officer and the man is arrested. This man could be charged with soliciting a prostitute under California Penal Code Section 647(b) PC.

In another example a man meets a woman at a bar and immediately hits it off with her. When the bar closes, the woman suggests going back to the man’s hotel room, to which he agrees. The man and woman have sex in his hotel room. When they are finished, the woman reveals that she is a prostitute and demands to be paid. The man does not want any trouble so he quietly pays the woman. The man is not criminally liable for prostitution in this scenario as he did not willfully engage in prostitution at the time the act occurred.

Under California law, when a prostitute and a customer engage in sexual intercourse or lewd acts, both are engaged in an “act of prostitution.” Lewd sexual acts are defined to include touching the genitals, buttocks, or female breast of either the prostitute or client…for the purpose of sexual arousal or gratification. This means that for prostitution, sex is broadly defined to include:

Compensation does not necessarily mean that money has to exchange hands. Instead, compensation can include anything of value to you, including:

Solicitation and prostitution are misdemeanors, not felonies. The exact punishment of a defendant depends on a few factors, such as where the violation occurred and whether this is the defendant’s first offense.

Importantly, these penalties can be increased in certain situations. For instance, if you are found guilty of either prostitution or solicitation and the event in question occurred both in a car and within a residential area (defined as within 1,000 feet of a person’s residence), then the court may issue additional penalties, such as suspending your driver’s license for up to 30 days or issuing a restricted license for up to six months. A restricted license means you are legally able to drive to necessary locations, such as work or school, but you are not allowed to drive otherwise.

Additional local governments, such as cities, counties, or towns, may impose additional penalties depending on your situation. For instance, the City of San Luis Obispo may seize your car if you are guilty of either crime while in the car.

The good news is that even if you are convicted of either prostitution or solicitation, you may not have to register as a sex offender in California. This is important because other types of sex crimes automatically trigger the sex offender registration, but neither prostitution nor solicitation do this. However, a court can order any convicted person to register if they deem it necessary, although this is a rare occurrence.

The law applies to both prostitutes and their clients. However, some prostitutes also have middlemen, known generally as “pimps.” A pimp is more likely to be arrested for these violations:

In some cases, there may not be sufficient evidence to support a prostitution charge.

This happens when law enforcement convince a person to commit a crime that they would not have committed in the absence of inducement. You can raise the defense of entrapment in the context of police “stings” in which undercover officers pose as prostitutes or clients enticing others into soliciting or agreeing to engage in prostitution.

Keep in mind that many prostitution cases are resolved through the plea bargain process. This involves the defendant pleading guilty in return for a more lenient sentence or reduced charges. Many of these charge reductions allow a defendant to plead guilty to an offense that doesn’t carry the sexual stigma associated with prostitution, helping them avoid the ongoing collateral consequences.

Importantly, negotiating a plea bargain is a complicated legal process, so it is crucial for anyone considering one to retain an experienced criminal defense lawyer to represent them immediately. Some of the charges to which a prostitution charge can be reduced to include the following:

If you are facing a charge of prostitution, Santa Barbara County defense attorney Sanford Horowitz Criminal Defense knows the law and the best strategies for your defense. We have extensive experience representing clients throughout the Santa Barbara area and want to help you understand the charges you are facing as well as what your rights are under the law. If you’d like to schedule a consultation about your case, call 805-452-7214 or fill out this contact form. 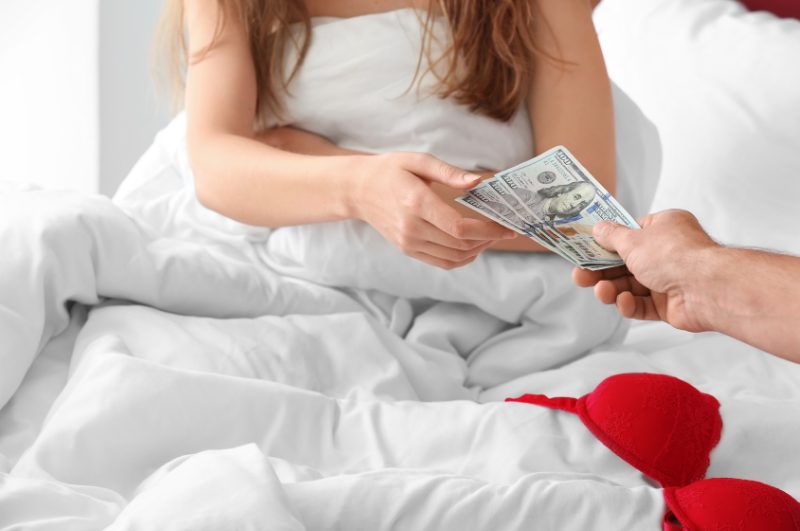 Can children under 18 be convicted of prostitution?

Children under the age of 18 cannot be found guilty of prostitution in California. This resulted from passage of California Senate Bill SB 1322, which California Governor Jerry Brown signed into law on September 26, 2016.

However, a judge has the discretion to require registration if a criminal offense was “the result of sexual compulsion or for sexual gratification.”