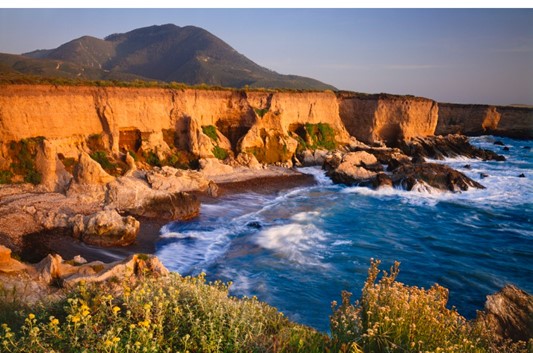 In San Luis Obispo, California, the law makes driving under the influence of drugs illegal under penal code VC 23512(f). As marijuana is classified as a Schedule I narcotic, VC 23152(f) also makes driving under the influence of cannabis illegal. Unlike alcohol-related DUIs, however, a marijuana-based DUI has fewer obstacles to overcome in proving innocence, as there is no “per se” limit of THC.

If you have been arrested for driving under the influence of marijuana, it does not automatically mean that you are guilty. It’s important to vigorously fight a DUI charge because a criminal conviction will stay on your record and can adversely affect job and educational opportunities down the road.

As a former Prosecutor for the District Attorney’s Offices in both Santa Barbara and San Diego Counties, Sanford Horowitz and our legal team will offer you a free consultation, investigate the evidence against you, and recommend practical steps to achieve the best possible results in your case.

VC 23152(f) is the subsection of the California vehicle code dealing with driving under the influence of mind-altering substances, including alcohol, and deals specifically with drugs. VC 23152(f) simply states:

“It is unlawful for a person who is under the influence of any drug to drive a vehicle.”

Definition of a Drug

According to the Judicial Council of California Criminal Jury Instructions, the definition of a drug is as follows:

“A drug is a substance or combination of substances, other than alcohol, that could so affect the nervous system, brain, or muscles of a person that it would appreciably impair his or her ability to drive as an ordinarily cautious person, in full possession of his or her faculties and using reasonable care, would drive under similar circumstances.”

More specifically, the Drug Enforcement Administration (DEA) classifies marijuana as a Schedule I drug, along with heroin, LSD, ecstasy, methaqualone, and peyote.

Definition of a Motor Vehicle

California law specifically defines a motor vehicle as any self-moving means of transportation meant for driving on highways or streets. The definition includes traditional modes of transportation such as cars, vans, and trucks, as well as mopeds, motorcycles, and all-terrain vehicles; however, it excludes motorized wheelchairs and similar devices used by people with physical disabilities.

EVIDENCE PROSECUTORS MAY USE AGAINST YOU

When an officer pulls you over for suspicion of driving under the influence, there are a number of methods they will use to determine whether or not you are intoxicated. These include:

When suspected of driving under the influence, an officer will offer the choice of a breath test or a blood test. If you opt for a Breathalyzer and the results are negative, the officer can require you to take a blood test – but only if there is reasonable suspicion of drug use.

A blood analyst can test for the presence of THC directly; however, blood tests are often unreliable, as THC metabolizes, or breaks down, much quicker than alcohol. Blood tests cannot be relied upon to determine the level of THC in your bloodstream at the time of driving.

Additionally, THC is fat-soluble, meaning it can linger in your system for up to a month after initial consumption. Someone can be perfectly sober while driving but return a positive result from a THC blood test.

After consuming cannabis products, your body will break down the main components, such as cannabidiol (CBD) and THC, into inactive components called metabolites. Unlike a blood test that looks directly for THC, a urinalysis can only measure the concentration of metabolites present in a suspect’s urine.

Urine tests are incredibly unreliable at determining intoxication while driving for two reasons:

Oral swabs or saliva tests are implemented in select counties across the US, including Los Angeles. For now, however, saliva tests can only be used as a preliminary measure, as they are not yet deemed admissible in a court of law. If you are subjected to an oral swab that yields a positive result, an officer may arrest you and force you to take a blood test.

A saliva test can be conducted at the scene. While the test is more precise in indicating recent use to within a few hours, an oral swab cannot prove impairment.

It is important to note that a prosecutor does not need a positive chemical test to prove you were “high” on marijuana while operating a motor vehicle.

During an arrest, an officer will make other observations, which are often subjective, that can be used to convict you with a DUI of marijuana, including:

During the time of the traffic stop, an officer may also call in a Drug Recognition Expert (DRE), who is trained in examining an individual for any signs of drug abuse or intoxication. They can be called on to testify against you during trial.

Marijuana DUIs are subject to the same penalties as alcohol-related DUIs. The severity of the penalties will vary depending on several factors, including:

It is important to note that although recreational and/or medical marijuana is legal in many states, such as California, driving while “high” on marijuana is illegal.

The first three marijuana-related DUIs within a 10-year period that did not cause harm to others are likely to be charged as misdemeanors.

Here’s a breakdown of the possible penalties associated with each successive misdemeanor marijuana DUI charge incurred within 10 years:

A DUI that results in injury may be charged as a misdemeanor and will carry the following penalties:

A prosecutor will likely hit you with felony DUI charges if the incident involves severe injury or death to other parties, your record shows prior DUI felonies, or if this is your fourth drug or alcohol-related DUI offense within 10 years.

Felony DUI charges may include:

Felony DUIs involving injury to others may include:

There are several strategies your lawyer can use to defend you against a DUI of marijuana charge. Here, we’ll look at the most common and successful defenses.

Individual Was No Longer Affected by Marijuana Consumption

THC can linger in the user’s system long after the pharmacological and psychoactive effects have worn off. Therefore, a saliva, blood, or urine test can only show that cannabis was used, not the exact time it was used.

THC metabolites can persist in a non-habitual user’s system for hours or even days and in a chronic user’s for a month or longer.

As an example, consider a person named Sally, who smokes medical marijuana three to four times per week before bed for chronic back pain. Sally might go to sleep at 11 p.m. and start her commute to work at 8 a.m. The effects of smoking marijuana generally last around 1 to 3 hours after consumption but can linger up to 8 hours. Although medical marijuana is not a defense against DUI, the effects of smoking cannabis would have long worn off; however, since Sally is a habitual user, a blood test or urinalysis would likely yield a positive result, even if she was unimpaired while driving.

Marijuana Use Did Not Cause Impairment

Although there is a set blood alcohol concentration (BAC) limit, California law has yet to set a “per se” limit on the amount of THC that can be present in a person’s blood at the time of driving. This means the burden of proof rests on the prosecutor, who must prove beyond a reasonable doubt that the driver’s marijuana use led to unsafe driving behavior.

Consider the following example: a person named Hank is pulled over for a routine traffic stop. Hank smoked a small amount of marijuana about four hours ago, but the cop can still detect the odor of cannabis on Hank’s clothes. Hank volunteers for a blood test, which detects about enough THC to indicate recent use. The officer did not observe signs of erratic or dangerous driving patterns but arrests Hank anyways. An effective California DUI attorney will make it absolutely clear that there is a lack of consensus among lawmakers and the scientific community regarding the relationship between the amount of THC present in someone’s blood and driving impairment.

There is no medical test in existence that has a 100 percent accuracy rate. For example, a THC urinalysis has about a 4 percent rate of false positives – even though the source of these errors remains unclear.

Additionally, there are certain types of medications that break down into similar metabolites to THC, including nonsteroidal anti-inflammatories (NSAIDs) such as ibuprofen and proton pump inhibitors used to treat acid reflux.

If you’ve been accused of driving under the influence of marijuana, you should inform your DUI attorney of any OTC, prescription, or illegal drugs you might be taking or have taken – the case could hinge on this detail. 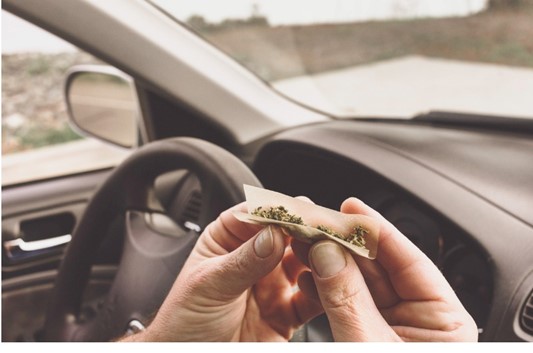 Are drug tests for marijuana reliable?

The short answer is NO. Any form of test carries the risk of yielding a false positive. There are many reasons why saliva, blood, and urine tests cannot be relied upon to indicate a person was impaired while driving, including:

Is it legal to smoke medical marijuana and drive?

Absolutely not. Whether you have a medical marijuana card or use cannabis for recreational purposes, driving while under the influence of marijuana is illegal. Abuse of any drug – whether over-the-counter, prescription, or illicit – that causes you to become impaired while driving can lead to possible drug-related DUI charges.

Will I be charged with a DUI if I use medical marijuana to treat a medical condition?

You can still be charged with a marijuana DUI when using medically prescribed cannabis products if consumption of those products impaired your ability to drive safely. Even if your medical condition was partly to blame for erratic driving patterns if you were also intoxicated or “high” on marijuana, you can be charged with a DUI of marijuana.

Can I refuse to take a drug test?

California has an “implied consent” law, which means lawful arrest for DUI automatically indicates driver consent to a chemical test for alcohol and/or drugs. However, if you have not been placed under arrest, you have the right to refuse preliminary tests, such as a saliva swab, field sobriety test, or Breathalyzer, without repercussions.

On the other hand, if an officer has lawfully placed you under arrest, you have no choice but to submit to a blood or urine test. Refusal to do so can carry penalties, such as increased jail time and DUI school if convicted, or suspension of license even in the event you are found innocent.

If you are facing a DUI charge, Sanford Horowitz Criminal Defense knows the law and the best strategies to defend you. We have extensive experience representing clients throughout the San Luis Obispo County area and want to help you understand the charges you are facing, as well as what your rights are under the law. If you’d like to schedule a consultation about your case, call 805-452-7214 or fill out this contact form.